Rollo is a 2-year-old Spaniel who belongs to Amanda, a Veterinary Nurse at YourVets. He was referred for surgery to correct a condition
called patella luxation, sometimes also known as a floating kneecap. 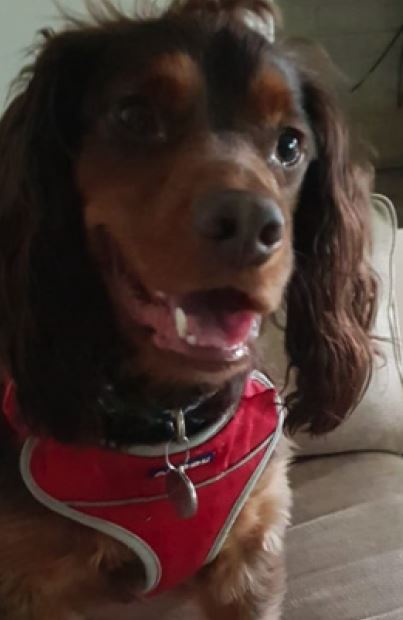 The patella tendon, containing the kneecap, runs down the front of the knee joint and pulls on the shin to straighten the leg. When the patella luxates (dislocates) it slips out of its groove in the bottom of the thigh, which causes pain. Patella luxation in dogs is usually caused by the shape of the leg bones. Most dogs are affected for life, but surgery is not recommended unless pain occurs, so many dogs are older before the problem is treated.

Patella surgery involves two procedures performed in one operation. First, a wedge of bone is cut from the middle of
the groove in the bottom of the thigh, then some bone underneath removed, and the wedge replaced (called a femoral sulcoplasty). This deepens the groove so it is harder for the kneecap to slip out. 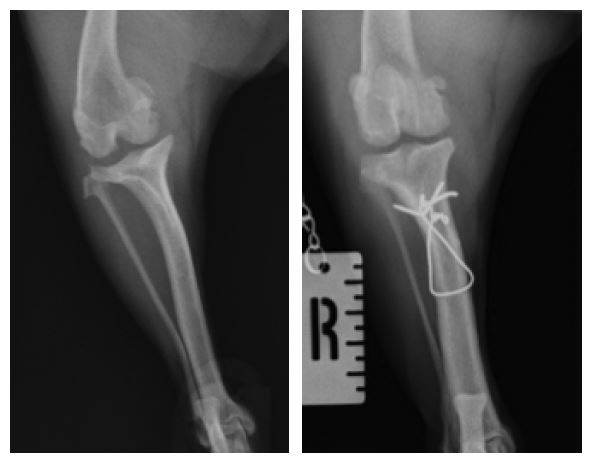 X-rays showing a luxating patella before and after correction.

Second, a tibial crest transposition is performed, in which a cut is made down the front of the shin bone, and the bony insertion of the patella tendon is levered sideways to straighten the pull of the tendon in line with the groove.

Rollo was able to start walking on his operated leg the same day as he had surgery. He wasn’t allowed to climb any stairs,
get on or off the furniture, chase a ball, play with boisterous dogs, or walk off the lead until the cuts in the bone had healed. Like any young spaniel, he was not impressed to have his playtime restricted! 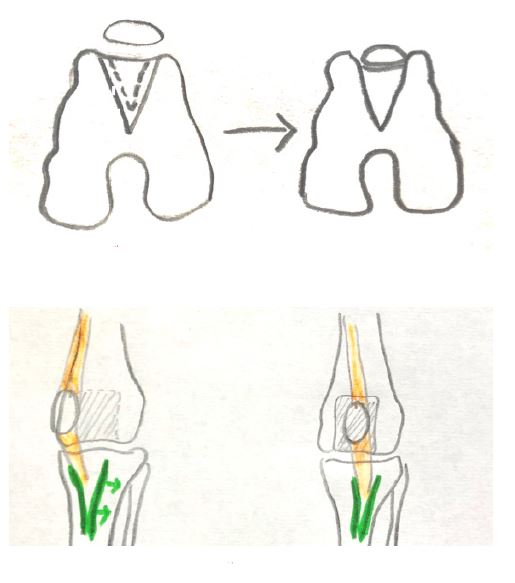 To help him recover as quickly as possible, he had an appointment with Hollee, the specialist veterinary physiotherapist at YourVets Smethwick, who performed some treatments to help Rollo to feel more comfortable, and gave his owner some exercises for Rollo to follow at home to help to safely build his activity levels up.

Physiotherapy treatment is included in all YourVets orthopaedic packages, and following a physiotherapy program dramatically reduces rehabilitation times and improves outcomes for our patients. Rollo also attended hydrotherapy sessions as part of his rehabilitation – a great way to improve muscle tone without putting percussive forces through the leg and joints.

Rollo was seen again 8 weeks after surgery for repeat x-rays of his operated leg. They showed that he was healing well, and he was allowed to build back up to being a nutter again!