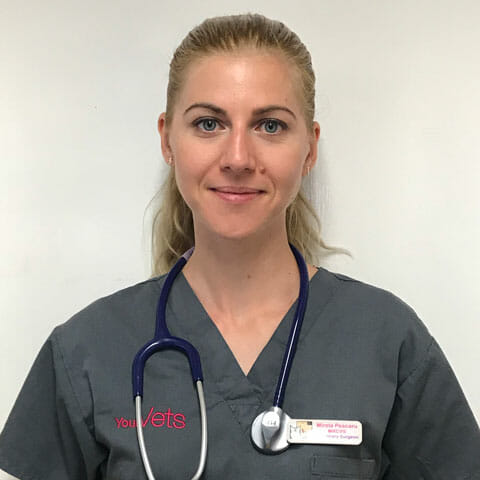 Mirela graduated as a veterinary surgeon in 2008 from Bucharest. She has been practicing in the UK since 2012, mainly based in London, but relocated to the Midlands in 2017 with her partner who is also a vet. Mirela has a special interest in surgical cases, imaging and small furries.

At home she has an elderly cat called Charlie and in her spare time loves travelling and being outdoors cycling, hiking and camping as often as she can.