Wilson is a 6 and-a-half year old St Bernard dog. He went into YourVets in Sheldon because his owner had noticed that he had developed distension of his abdomen, been coughing, vomiting and seemed lethargic. The cause was pericardial effusion, where fluid builds up in the sac around the heart (the pericardium). This prevents the heart from stretching to its full capacity, which reduces the amount of blood it can pump with every beat – a problem called cardiac tamponade. Wilson’s coughing and abdominal distension were caused by build-up of fluid that should have returned to the heart but had become backlogged causing it to pool in other places in the body. Pericardial fluid may be caused by bleeding, certain tumours, or, as in Wilson’s case, inflammation of undetermined origin (termed idiopathic). 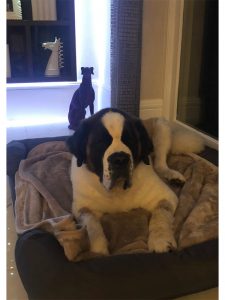 Wilson’s pericardial effusion was drained, which resolves the problem in around 2/3 of affected dogs. Unfortunately, Wilson was one of the unlucky ones and his owner noticed the same symptoms occurring about four months later. A scan at YourVets Sheldon confirmed that the effusion had recurred, and Wilson was referred to Kathryn at the YourVets Surgery Service in Smethwick for pericardiectomy. The role of the pericardium is only minor, and dogs can live without it, so the best option in cases like Wilson’s is to remove part of the sac so it can no longer refill and cause constriction of the heart.

Wilson underwent surgery the next day. A thoracotomy (surgical approach to the chest) was performed between the 5th and 6th ribs on his right hand side. A team of two surgeons and two nurses were needed to perform the operation, continue to ventilate Wilson while his lungs were compressed to allow surgical access to the heart, and to closely monitor his anaesthetic. The major blood vessels and nerves associated with the heart are all near the base (the top, wider part) so approximately half of the pericardium was removed from the apex (bottom, pointed part) of the heart. Surgery was a success! 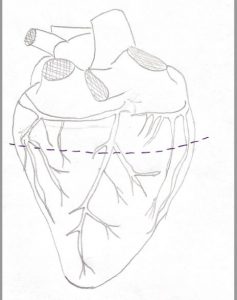 Figure 2: illustration of the heart showing the level of the cut to the pericardium

After any surgery, the body can produce fluid due to the inflammation caused by handling body tissues. It is normal practice after a thoracotomy to place a chest drain to prevent fluid from accumulating, and Wilson remained under the care of the dedicated 24-hour hospital team at Smethwick for nearly a week before he was well enough to go home. 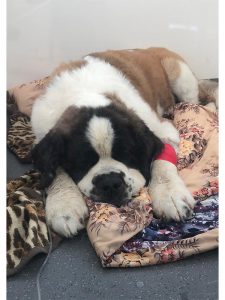 Wilson made a full recovery from his surgery and remains under the care of the referral cardiologist, Matt, at YourVets Sheldon.